What is Antisocial Personality disorder? 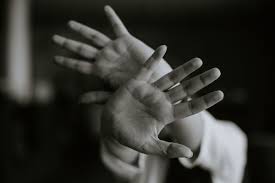 It is not unusual for symptoms to be present during childhood; such behaviours may include fire setting, cruelty to animals, and difficulty with authority. Individuals with this disorder may lie, engage in aggressive or violent behaviour and participate in criminal activity.

These characteristics often lead to major difficulties in many life areas. At its core, the inability to consider the thoughts, feelings, and motivations of other people can lead to harmful disregard for others. As adults, the disorder can be destructive to both the person living with it and those who come into contact with them.

People with antisocial personality disorder are more likely to engage in risk-taking behaviours and dangerous activities. Those with the disorder are often described as having no conscience and feel no regret or remorse for their harmful actions.

The exact causes of antisocial personality disorder are not known. Personality is shaped by a variety of forces including nature and nurture. Upbringing can also have an important influence. Childhood abuse, neglect, and trauma have also been linked to the onset of ASPD. A number of factors have been found to increase the risk of the disorder including smoking during pregnancy and abnormal brain function. Research suggests that people with ASPD have differences in the frontal lobe, the area of the brain that plays a role in planning and judgment. People with the disorder also tend to require greater stimulation and may seek out dangerous or even illegal activities to raise their arousal to an optimal level.

As this is a complex personality disorder, it is recommended that you work with your psychiatrist or mental health team in the event that you or a loved one are experiencing a range of these symptoms.